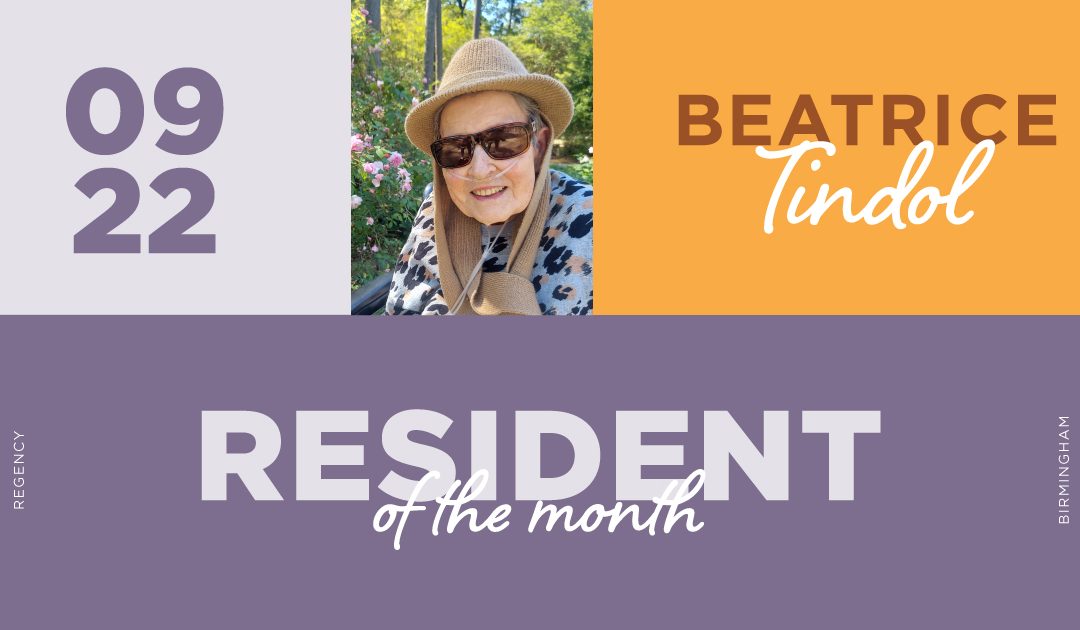 Beatrice Tindol has been a resident at Regency for the past two-and-a-half years. She moved here from Fort Walton Beach, Florida where she resided for 62 years.

She was born on April 17th, 1929 (93 years young) in New Brockton, Alabama. One of five daughters to James and Macy Lee Martin. Even though Beatrice was the middle child, she considered herself to be the one that took charge of caring for her sisters. She and her sisters grew up singing in the church and were asked to perform on many occasions.

Beatrice married her lifelong sweetheart (Comer) on December 15th, 1946 after his return from an assignment in Okinawa, Japan during World War II. They were married for 71 love-filled years. Beatrice’s love for helping and teaching others began at a very young age. Not surprisingly, she went on to get a degree in education from Troy State. She taught in Escambia County and Okaloosa County school systems in Florida for 45 years. During this time she touched and shaped many young children’s lives. After retiring she and her husband spent time traveling around the United States and Canada. She is a lifetime member of the Ladies Auxiliary VFW and the Moose Lodge. Her hobbies include painting, singing, dancing, and playing games. She has two daughters, six grandchildren, and nine great-grandchildren who are the loves of her life.