Learn More About Our Response to COVID-19 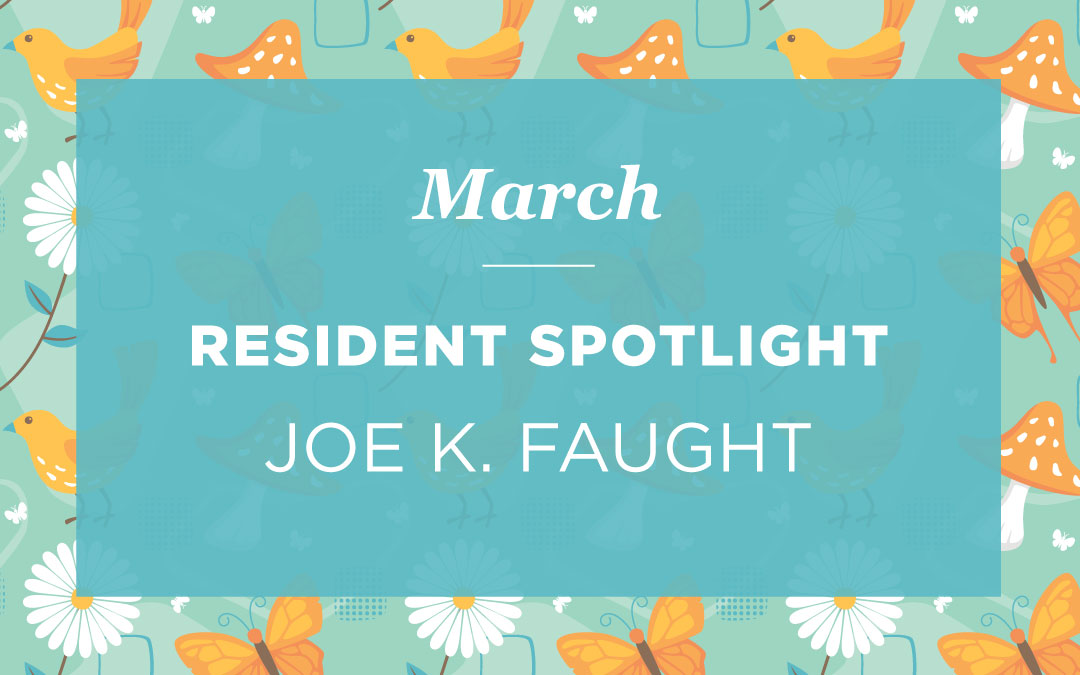 Mr. Joe calls Jasper, Alabama his hometown; however, in high school, his family moved to Southeast Alabama. Mr. Joe lived most of his adult life in Birmingham. He’s the author of six self-published books of poems so far. A house fire in 2010 destroyed most of his writing. Mr. Joe started out writing lyrics for songs but found it to be too time consuming and more complex so he became a poet. Mr. Joe had a stroke in 2015, and was placed in assisted living in Jasper, but was glad to get back to Birmingham Regency.

Thank you to Our Community

We are incredibly proud of our staff members, who have been true heroes throughout this pandemic. Thank you for making our community a great place to live and work.

We want to extend our most sincere thanks to our staff, residents, and families for being so understanding and receiving changes so readily.